The AL and NL playoff chase was a tale of two cities (not literally).

The American League was all but set in stone with a month to go in the season. The Red Sox looked unstoppable since the start of the year, and closed the AL East out even with the power-hitting Yankees on their heels, who had the first wild card spot locked up. The Indians won the abysmal AL Central with no competition in their way, and the defending champion Astros clinched the AL West and finished with 103 wins with the big surprise of the year in the Oakland A’s closing out the otherwise predictable AL.

The NL needed two bonus game 163s to decide playoff seeding, and featured two new division winners, the young Braves in the East, and the Brewers, led by their great front office acquisitions in Christian Yelich and Lorenzo Cain, closed out the Central today with a 3-1 win over the Cubs. The Dodgers fought off the Rockies as well in their game 163 to win their sixth-straight division title.

So yeah, not the same.

Nevertheless, the seeding is all decided, and the first real October game is on the horizon, so let’s make some predictions that I will either loudly point to on November 1st to show how smart I am, or pray everyone forgets about. 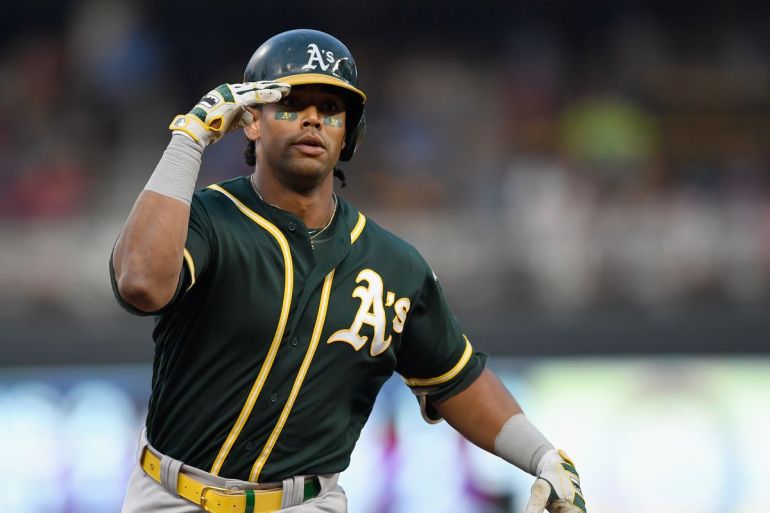 For the second year running, the Yankees are at home for the wild card game against the big surprise of the season, but this one won’t end the same way.

In a game between two teams with so much power, it is very difficult to say anything with much certainty. Stanton, Judge, Sanchez, Davis, Chapman, Lowrie, etc. are all guys who can change this game in one swing, especially with that short porch at Yankee Stadium. The A’s do not have the starting pitching depth to survive in a multi-game series, but they do have the bullpen depth to shut down the Bronx Bombers enough to win the game and move on to Boston 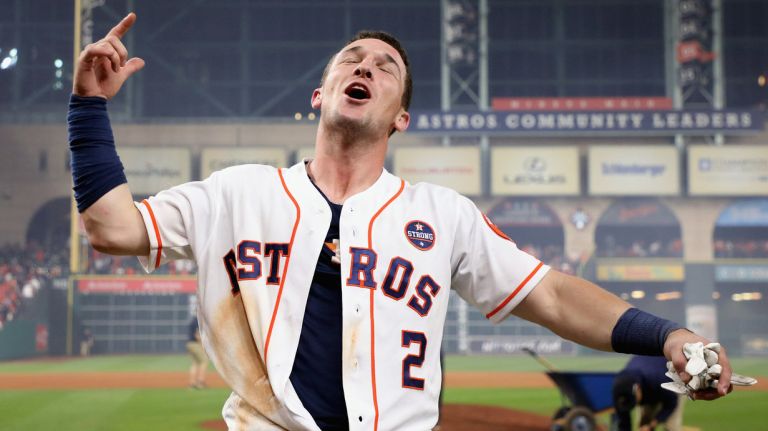 It is very easy to disregard the Indians because of how thin the AL Central is. When two teams in your division lose 100 games, and the other two aren’t far off, Cleveland’s record really doesn’t look that good at all.

But they still have the pieces to beat anyone in baseball.

Lindor, Ramirez, Donaldson, on offense, and the murderer’s row of Kluber, Bauer, Clevinger, and Carrasco to start.

But they ain’t the Astros.

This Houston team has only gotten better. The addition of Roberto Osuna (*ahem* garbage human being *ahem*) in place of Ken Giles and the further emergence of Alex Bregman as a real star to round off the superstar infield.

I don’t expect the Astros to repeat the whole damn thing, but they will definitely make it to another ALCS

Like I said in the previous blurb for the wild card, the A’s just don’t have the pitching depth to win a multi-game series, especially against a team as stacked as the Red Sox. The loss of Sean Manaea for the year was the final dagger in this team’s long term hopes. They have the firepower to win a game, but not the series.

Chris Sale, while not quite in line to win the Cy Young, was brilliant again this season, and J.D. Martinez was a fantastic acquisition, and Mookie Betts had one of the greatest seasons literally ever, with over 10 WAR, and should be well deserving of the AL MVP 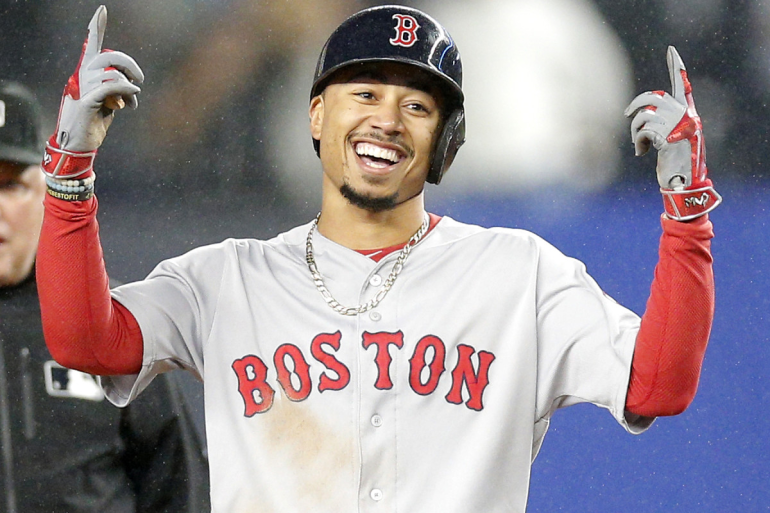 A rematch of the ALDS last year, both of these teams have improved by comparison to last year’s squad, and I see the new acquisitions of firepower on the Red Sox offense to make the difference.

Don’t get me wrong, the Astros are still very good. Justin Verlander has undergone a full-on career resurgence, and Jose Altuve is still Jose Altuve, but having Carlos Correa limp throughout the year, and George Springer not having the best season does not fill any viewer with confidence going into a series against one of the strongest regular season performances we have seen in years.

The best part about Boston’s year was that they kept it going strong even through the very last week. They didn’t enter October limping and resting and coasting on their home field advantage, they kept pushing, and that pushing means momentum, enough momentum to potentially take them all the way 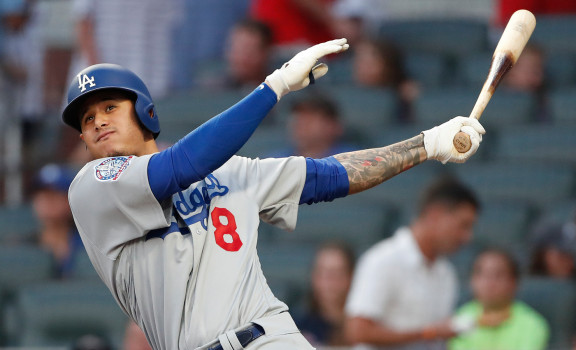 As old as the saying feels at this point, the Braves are playing with house money.

The young core led by Ozzie Albies, and the likely MVP Ronald Acuña Jr has emerged to the top of the NL east ahead of schedule. This is why they didn’t bother buying at the deadline. The front office didn’t really believe in the team to finish the run, and even if, they didn’t want to blow valuable pieces that might close this playoff window any sooner.

So they are by no means going to just roll over in this series, but they most certainly are not expecting a ring this year.

Then you see the Dodgers, the team that was just a game away from ruling it all last year. They didn’t have the easiest path back to the playoffs, and in a way, that is probably a good thing for this team. They had to struggle, and struggle badly, early to wake up later, and make major acquisitions at the deadline to do so

It should be noted that the Braves limped to the playoffs while the dodgers blitzed to it. The hotter team should always be favored, even if you discount the rest of the advantages.

The Braves are good, and they’ll be back, but this Dodger roster is far too deep 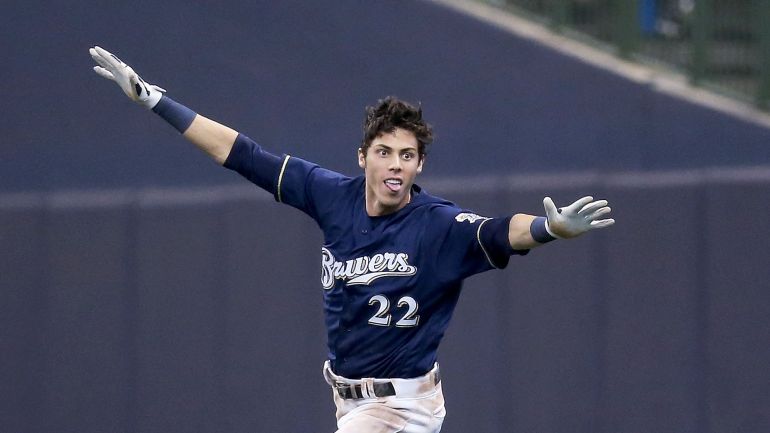 The Rockies looked at their wild card worthy team from last year and studied what they had to change. The offense was solid, and would still be led by Nolan Arenado in addition to the outbreak of shortstop Trevor Story, but the bullpen was a mess and Jon Gray was clearly not ready for the big moment.

So, they regrouped, and spent nine figures to reinforce their bullpen, including a mega deal to bring in Cubs closer Wade Davis

It, uh… Didn’t work out that well.

Sure, the Rockies are in the playoffs, but that is thanks to unlikely heroes, like Kyle Freeland, who may be an ace for years to come, and more depth bullpen pieces like Scott Oberg and Adam Ottavino, who have turned out to be late inning leaders, not from their big acquisitions like Davis.

The Brewers on the other hand, are the perfect example of a team making good offseason moves, picking up outfielders Lorenzo Cain and likely MVP Christian Yelich, who have added an additional 14.5 rWAR to this Milwaukee squad, and led them to their third division title in their history.

Another thing the Brewers did better than the Rockies is actually successfully build that superstar bullpen, with their stalwart closer Corey Knebel being joined by breakout K-magnet (and potentially garbage human being) Josh Hader.

The Brewers are really just a better version of the Rockies, and the series will show that

Last year’s Corey Seager, lost for the year to injury, has been replaced by deadline grab Manny Machado

Last year’s number 2 starter, Yu Darvish, who collapsed in the late run, has been replaced by rookie phenom Walker Buehler

The rest of this team’s core is the same for the most part the same. There is no reason that this team couldn’t make the same run as last year.

The Brewers could also very well take this series, and many have picked them to do so, but their depth at starting pitching is not strong enough to hold off the best offense in the NL. At least not in a 7 game series

The Red Sox started hot and never looked back. The Dodgers started pathetically cold but heated up.

I could do this little back and forth comparison thing again, but to put it simply, here is the single player who will decide this series.

Last year, we saw J.D. have his way with Dodger pitching, including joining the exclusive 4 HR game club. He has the pure firepower in his bat to change any game at any moment, and when one of the most alluring parts of the World Series is unfamiliarity between the two squads, Martinez is the ace in the hole that doesn’t have that limitation.

The Dodgers are good, but the Red Sox are better