Ah, football is back. REAL football. Not the five weeks of meaningless football, not the mess of the first game of the season, not college football that we try to pass off as football.

And with any new season comes a tsunami of predictions and guesses of who will decline, who is on the up, who will surprise, and who will disappoint.

In this episode, we will cover the AFC, division by division, team by team, and choose the division winner and maybe even dip our toes into the way-too-early playoff discussions.

Without further ado, we kick things off (Hah! Football pun!) with the AFC West

The west is in a weird place right now.

The Chiefs, reigning champions and masters of mediocrity (ahem, Andy Reid, maybe win a playoff game for once?), and they just shipped off their “not quite good enough to win a Super Bowl, but good enough to make the playoffs” quarterback Alex Smith to the Redskins, in favor of waiting to see if Patrick Mahomes is any good. The fact is, however, that even if he is starting or maybe even playoff material, this team isn’t getting anywhere in a division that doesn’t have any powerhouses, but is strong enough to be a challenge.
The Chargers are much better than their record last year suggests, losing multiple razor close games by a missed field goal (What do you think Younghoe Koo is doing right now?). They have an elite defensive core, a consistently good quarterback, and a solid running back. They aren’t necessarily “beat the Patriots” material, but they look good. I could see them making a bit of a run in the thin AFC, even without Hunter Henry (as long as Keenan Allen doesn’t go down for the third time in six seasons)
The Broncos are also in a precarious spot. Their “big signing” of Case Keenum is questionable. Sure, it is easy to blame his failures in Los Angeles on Jeff Fisher, but none of us should be totally convinced that one good year in Minnesota makes him a franchise QB. Of course, the Broncos D-line is elite, and drafting Bradley Chubb will make that defense a nightmare for any QB, but I am not convinced that the offensive problems are fixed, especially at RB.
The Raiders. Wow. Seriously guys? Jon f****** Gruden? That was what you thought this team was missing? Nevertheless, the Raiders greatly underappreciated last season, only going 6-10 when they had the talent of a playoff team. They have a strong O-line, a top 10 QB, and an army of over-the-hill but still talented skill position players. Losing Khalil Mack however, while it was the only thing they could really do, definitely didn’t help their chances
Division winner: Chargers. Looking at the four teams, the Chiefs and Raiders got worse, the Chargers are about the same, and the Broncos are TBD, but I am leaning towards Joey Bosa and the Chargers getting it done.

The North is as top-heavy as ever
The Steelers have an absurd hatred towards Leveon Bell. Why? I don’t know. In the words of Marcus Peters, “Just pay the man.” They franchised tagged him yet again, and this time, he’s ready to sit out. He is already sitting out week one, and could sit all the way through week 10, according to multiple reports. Regardless, the Steelers are still by far the best team in the AFC North. Big Ben is timeless, Antonio Brown is a monster, and the defense is solid enough to close off the division with ease, even with the team eating away at each other over the Bell contract issue
The Ravens are weird. They went all in all Joe “elite” Flacco not long ago, but are now juggling with RGIII and the new kid Lamar Jackson behind the center. Flacco is still the guy, but Jackson can be expected to get some work every game, at least for now. They don’t have a strong run game, but they have a good defense. They can always be expected to be decent, but as of now, all they can really do is hope to grab a wild card spot again, but they won’t win the division
The Bengals are never getting anywhere as long as Marvin Lewis exists. The coach just doesn’t know how to win when it matters. The team purged one of its major cancers in Pacman Jones, but it didn’t get any better this offseason otherwise. Andy Dalton is good enough, but good enough will not make this team grow past their 7-9 record from last year.
The Browns are much like the Bengals, they could maybe be something if only they had a competent coach. How Hue Jackson survives after coaching Cleveland to a 1-15 and 0-16 pair of seasons is beyond me. But alas, he survives. The team has genuine talent all around, and at the very least have Tyrod Taylor as their QB while they wait for Baker Mayfield to do become someone he never will. If Hue is dumped before Week 8, this team could really win some games.
Division Winner: Steelers. The Browns and Bengals stand no chance to make a serious run, and the Ravens are in a weird limbo. Even if the Steelers go half the season without Bell, I still very much expect them to win double digit games and win the North

The  South had an interesting shift in the absence of Andrew Luck.

The Jaguars showed that defense wins games, because it sure as hell wasn’t Blake Bortles who made this team go 10-6 last year. Their defensive line is incredible, and the secondary led by A.J. Bouye is a force to be reckoned with. Leonard Fournette is powerful in the backfield, too. How they continue to perform at such a level with Bortles under center is beyond me, but this team has a good shot at taking the division again.

The Titans overperformed last year, to put it simply, and it looked like, at least for a minute, that it could have been the worst thing to happen to the team. Marcus Mariota and the Tennessee offense succeeded in spite of Head Coach Mike Mularkey’s offense, and it seemed like him securing a playoff spot might also secure his job. Luckily for Titans fans, the Front Office still decided to part ways with Mularkey and brought in Mike Vrabel. I don’t expect him to have a McVay-quality rookie season, but this team could still make a run at the division

The Texans could be so much if they stay healthy. Deshaun Watson looked like he may be the second coming of Christ before he was taken out for the year less than a third into the season. J.J. Watt hasn’t been able to stay on the field for multiple years, and defensive stars Whitney Mercilus and Jadaveon Clowney have also had injury problems. This team is really a mixed bag, because we can’t tell for sure how solid they are if they stay healthy, or if they will at all.

The Colts showed that they are Andrew Luck’s team. Without him, they suck. The defense is pathetic, and they now have lost their only shining star left in Vontae Davis, who is in Buffalo now. The running game is non-existent now that Frank Gore is gone (man, he really got unlucky, huh?) and the offensive line has an eternal hatred for the man they are supposed to protect. Andrew Luck was a godsend when drafted in 2012, winning double digit games for three consecutive seasons, until that garbage offensive line caught up with him. Luck has not been totally healthy ever since, not playing a single snap last season. If he is on, he can totally take this team into the playoffs, but he might injure his back with all that carrying

Division Winner: The Texans. This one is tough, as every single team in this division can compete, and has a chance at winning it, but the Colts are too thin, the Titans have the growing pains of a first year Head Coach, and the Jaguars have…well…Blake Bortles. If Watson can be who he showed signs of last year, this team could go deep into the playoffs. 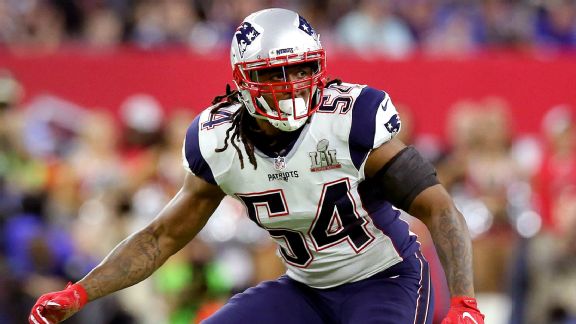 Come on, man. What do you want me to say?

The Bills made a miracle playoff run last year even while they shafted Tyrod Taylor, their quarterback, for part of the season without telling him. Now, they have shipped him away to Cleveland, and drafted Josh Allen, who is apparently not NFL ready. They have no quarter back, and thus stand no chance in this division, and with the strength of the South, probably don’t have a chance at a Wild Card either

The Jets are the joke of New Jersey. They are still the butt-fumble team to a large number of fans, and to be fair, they haven’t tried too hard to shake it. They picked up Sam Darnold, but the significance of that remains to be seen, considering his severe turnover problems in his time at USC. Bilal Powell is a solid lead back, but this team is still a joke in most of the league’s eyes.

The Dolphins don’t know how to rebuild. Jarvis Landry is gone, Ndamukong Suh is gone, and they really don’t have much to show for it. Ryan Tannehill is back after missing all of 2017, but he will never take this team anywhere with the condition it is currently in. Bringing in fossils like Danny Amendola and Frank Gore isn’t helping anything either. This team is not even worthy of being called mediocre

To recap, I have the Patriots, Steelers, Texans, and Chargers winning their divisions. As for the wild cards, I am fairly confident in the Jaguars taking the first wild card spot, but the second is wide open. I’ll take the Ravens now, but who knows what will happen?

Seeding is obviously an unknown factor, but my pick for the AFC Championship is between the Pats and Chargers. As much as an all-LA super bowl would be fun, I think the god-damn New England Patriots will win the American Football Conference once again. You call it safe, I call it “painfully realistic.”