The NFC is always much more interesting than the AFC, and this will probably be the case as long as Tom Brady is alive.

But I talked enough about Tom Brady and the AFC in the AFC preview, this is about the National Football Conference, home of the defending champs, the Philadelphia Eagles.

So let’s get on with it, then!

The Seattle dynasty is over, the West is Rams’ country now.

The Rams are coming off of a season of incredible success and simultaneously extreme disappointment. Finishing 11-5 last year, the Rams looked totally revitalized after being freed from the cancerous grips of Jeff Fisher. Jared Goff looked like a bust under Fisher, but was revitalized under first year coach and offensive guru Sean McVay. Todd Gurley had an MVP Caliber season with the strong O-line led by Andrew Whitworth, and Wade Phillips coordinated a very solid Aaron Donald ran defense. Even the special teams, sporting first team All-Pro selections for all three skill positions, looked untouchable, until the team collapsed against the Falcons in the first round of the playoffs. Now, the Rams enter as “winners of the offseason,” picking up Ndamukong Suh, Marcus Peters, Aquib Talib, and Brandin Cooks without giving up much. The Rams are all in, and are super bowl or bust across the next two seasons

The Seahawks officially saw the closing of their window last season. The Legion of Boom is totally dead, with only Earl Thomas remaining, and wanting out badly, leaving only Bobby Wagner from the once in a generation defense of their prime. Russell Wilson can only scramble into no-man’s land for so long, and with a crumbling O-line and fewer and fewer weapons to throw to (and no run game), Seattle has no chance.

The Cardinals picked up Josh “Chosen” Rosen in the draft this year, but have decided to run Sam Bradford out onto the field while they let Rosen develop. In other words, Rosen will be starting by week 5. Haha. It is very disappointing that Bradford has had such horrible injury problems, but it is something that should be mentioned. Nevertheless, the Cardinals are one of those teams that you look at and don’t understand how they aren’t better. They have a great RB in David Johnson, a solid receiving core led by Larry Fitzgerald, and a decent defense headed by Patrick Peterson, but they just don’t have the depth on either side of the ball to win games.

The 49ers. All rise and prepare to bow to your lord and savior, Jimmy Garoppolo. San Francisco threw a massive chunk at Jimmy G despite him not playing half a season of football at the professional level, but he is undefeated in the games he has played. Nonetheless, no matter how good our new god is, San Francisco does not have the depth to touch the Rams or make a run at a wild card. Hate to break it to you guys, but adding Richard Sherman won’t magically solve your defensive issues.

Division Winner: The Rams and it really shouldn’t be close. A team that has totally stacked itself for its window across the next two years for the whole damn thing should not have any issues winning their division, knock on wood.

Quarterbacks win games, but they can’t win every game

The Vikings, coming off of a very successful season somehow led by Case Keenum, picked up Kirk Cousins to lead an offense which dreams of matching up with their magnificent defense. A secondary headed by Xavier Rhodes and Harrison Smith, and a front line dominated by Linval Joseph is a nightmare for even the most high powered offenses in the league. The question for this team is whether or not Mr. “YOU LIKE THAT?” himself will be able to live up to that massive guaranteed contract, and if Dalvin Cook can recover from his knee injury last year.

The Lions finally dumped Jim Caldwell and decided to do something about their defense. They brought in the New England DC Matt Patricia to head coach a team that is always solid but never outstanding. Matt Stafford is one of the best Quarterbacks around, and any team he is on will always win a couple games, but this team just doesn’t have the talent to make a deep run, especially when dealing with a first year team’s growing pains.

The Packers are good when they have Aaron Rodgers. They are not good when they do not have Aaron Rodgers. For evidence, please watch the game vs the Bears from Sunday Night. It really is the best example. Without him, they get shut out at the half. With him, they score at will against a strong defense. The only thing to really say about this team is all hanging on his health.

The Bears made a very bold move by going out to grab Khalil Mack and pay him a metric ton of money, also giving up multiple premier draft picks. He showed to be worth it with his incredible first half performance on Sunday Night, racking up sacks and getting both a fumble recovery and a pick-6 for his efforts, but nobody bothered telling the Bears that you also need an offense to win a ballgame. I’m not going to say that drafting Mitchell Trubisky was an awful move, but he hasn’t convinced anyone that he has the ability to run a successful NFL offense

Division Winner: The Vikings. The best defense in the league didn’t lose anything to make it any worse, and the pickup of Kirk Cousins will be able to put enough points on the board to win plenty of games this year, and it wouldn’t be too bold of a claim to say they would win the superbowl. The Packers are alway a weapon, without a doubt, but with Aaron Rodgers’ health already having a question mark next to it, and the teams collapse without him, they shouldn’t be expected to top this division. 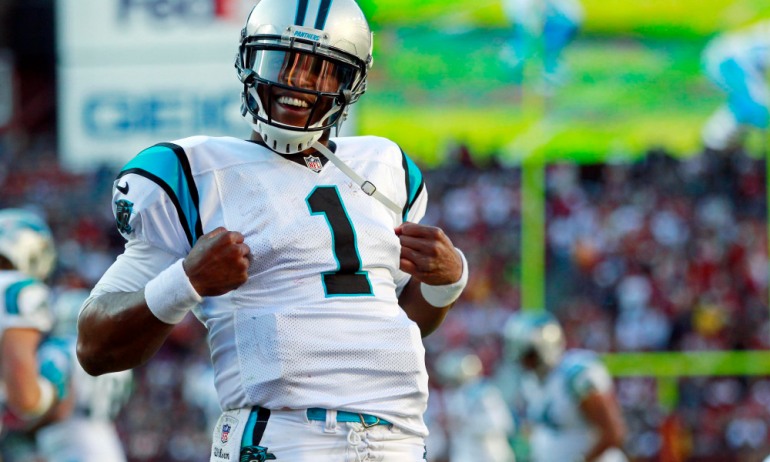 The Saints. Ever heard of the Drew Brees special? It’s when you throw for over 350 yards and multiple TDs with no interceptions and still lose. Ouch. N’awlins is never great from the jump, always struggling in the first two weeks, but that defense that looked so powerful with such a young core last year is a little worrying for them this year. The offense, even without Mark Ingram, currently suspended for PED usage (no wonder he was so good last year) is still incredibly high powered, thanks to our lord and savior Alvin Kamara. If the defense doesn’t figure out its problems quickly, however, this team can at very best expect an early exit from the playoffs.

The Panthers are a team that can always go far, depending on how “on” Cam Newton is. There really aren’t many weapons available on offense, aside from Christian McCaffrey, who looked a little shaky in his season debut. The defense is solid, headed by Luke Keuchly, who needs to stay on the field if this team wants to go far. They were able to overcome the Cowboys with relative ease, but I am not convinced they can make the playoffs this season.

The Falcons made the playoffs as a wild card last year and were later taken out by the Super Bowl Champion Eagles. There really wasn’t a lot of turnover on this team, though. Matt Ryan looked rough on Thursday night, but there is still enough talent on this team to go far. There is also enough talent in this division that greatly limits the margin of error. If Dan Quinn’s squad loses a game they shouldn’t, they could be in trouble.

The Buccaneers  have embraced the Fitzmagic. While literal scum-of-the-earth Jameis Winston was suspended for doing another horrible, scum-of-the-earth thing, Fitzy had a literal perfect game in New Orleans. Which is fun and all, and will hopefully give Tampa Bay fans something to remember fondly while the rest of the season goes down the toilet. This division is far too strong for this team to seriously do anything, even if they do have a few gems on the roster.

Division Winner: The Saints. This is a tougher pick. We saw this division take both wild card spots last year, and all three teams at the top can make a serious run, but the Saints have one of the strongest offenses in the league, and I am not willing to throw away the entire defense based on one bad, bad, bad performance. Drew Brees is always good for 300 yards and 2 touchdowns as a baseline, and that kind of consistent performance is exactly what you need to win double-digit games 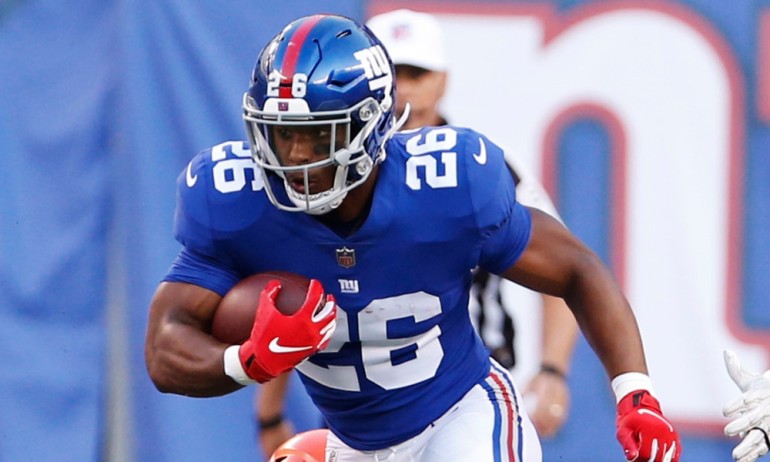 The East hasn’t had a consecutive division winner in over 10 years.

The Eagles look to break that trend, and they seem totally poised to do so. The defending champs didn’t look great without Carson Wentz on Thursday (Nick Foles was fine, but he wasn’t quite like his super bowl self), but he is expected to be back sooner rather than later, and there is enough depth on both sides of the ball to let this team fly into another deep run.

The Cowboys cannot be saved by a piece of paper anymore. Dak Prescott is not a franchise QB. Zeke Elliot is good (in terms of football ability only, not human quality) but not without the best offensive line in the league, which has shown to have significant injury problems as of late. The defense is anemic, and America’s team is not going to be America’s super bowl winner.

The Redskins traded in their potential franchise QB in Kirk Cousins, and instead got the checkdown king, Andy Reid as a player, Alex Smith. Smith will win you plenty of regular season games, but he won’t do much beyond that. The same could be said for bringing in the ghost of Adrian Peterson. This team, as it stands right now, is destined for 6 to 9 wins. It doesn’t have any stars, but it has enough talent lying around.

The Giants abandoning Eli Manning part way through the season last year was a mistake. At the same time, so was trying to win football games without a running game. Enter Saquon Barkley. He will be the real catalyst for this team. I’m not saying that him performing well is the difference between a 4 win season and a 12 win season, but I am saying that it makes the one-dimensional Manning to Beckham connection a lot more powerful on the offensive side. The team is also trying out a first year head coach, which was not promising for anyone in Week 1.

Division Winner: The Eagles. The defending champs are as strong as they ever were, and none of the other teams are serious threats to them. There’s no reason that the Eagles wouldn’t be able to go all the way again this year.

The NFC is much harder to predict because there are more serious contenders.

To recap, I have the Rams, Vikings, Saints, and Eagles winning their divisions, and I will once again go with 3 NFC South teams making the playoffs with the Panthers and Falcons taking the wild card. Again, we don’t know the seeding for sure, but I think the final two teams standing in the NFC will be the Rams and the Vikings, with the Rams winning the conference, and their first ring since their return home

But again, over a third of this conference has a serious shot at representing the NFC in the super bowl, so who knows?